Skip to content
You are here:Home|Posts|Places to visit during your holiday in Bormio|Gavia Pass

The Gavia Pass (2618 meters above sea level), is a renowned alpine pass on the border between the provinces of Sondrio (Valfurva) and Brescia (Ponte di Legno).

The Gavia Pass (2618 meters above sea level), located in the municipality of Valfurva, is a renowned alpine pass on the border between the provinces of Sondrio (Valfurva) and Brescia (Ponte di Legno). The road is open only in the summer season and offers travelers an incredible view of the Ortles-Cevedale and Adamello mountains.

Passo del Gavia is 26 km from Bormio and 13 km from Santa Caterina. The road has a steep slope at times and is marked by some tight hairpin bends. In some sections the carriageway is devoid of guardrails.

Near the Gavia Pass (going up from Bormio) there is a beautiful natural lake of glacial origin. This basin, called Lago Bianco, is characterized by the particular bright color of its waters; this is caused by its limestone lake bed. 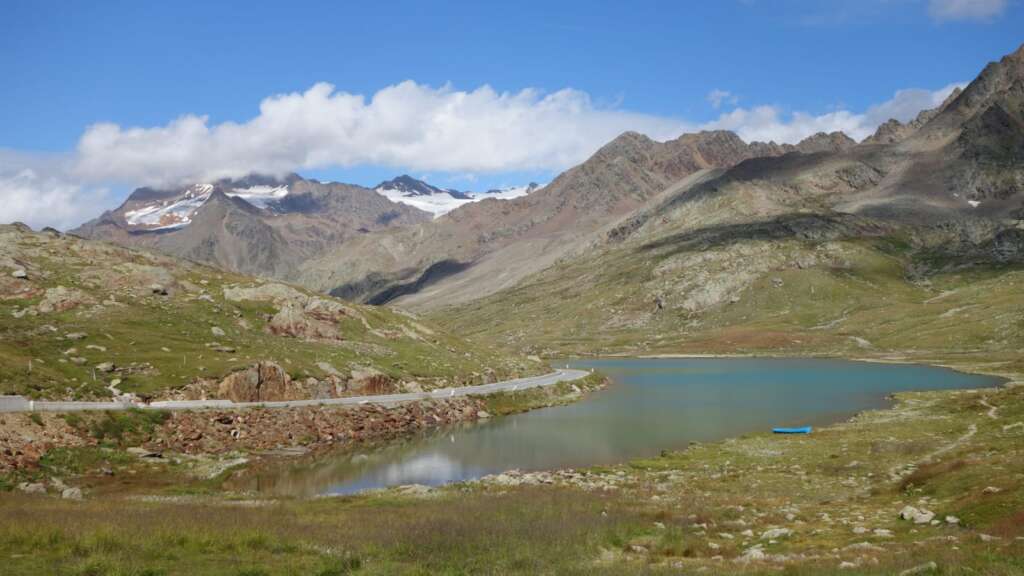 On the Brescia side, a few kilometers from the top of the Gavia Pass, there is another interesting natural lake of glacial origin. This lake, with its dark waters, takes the name of Lago Nero. 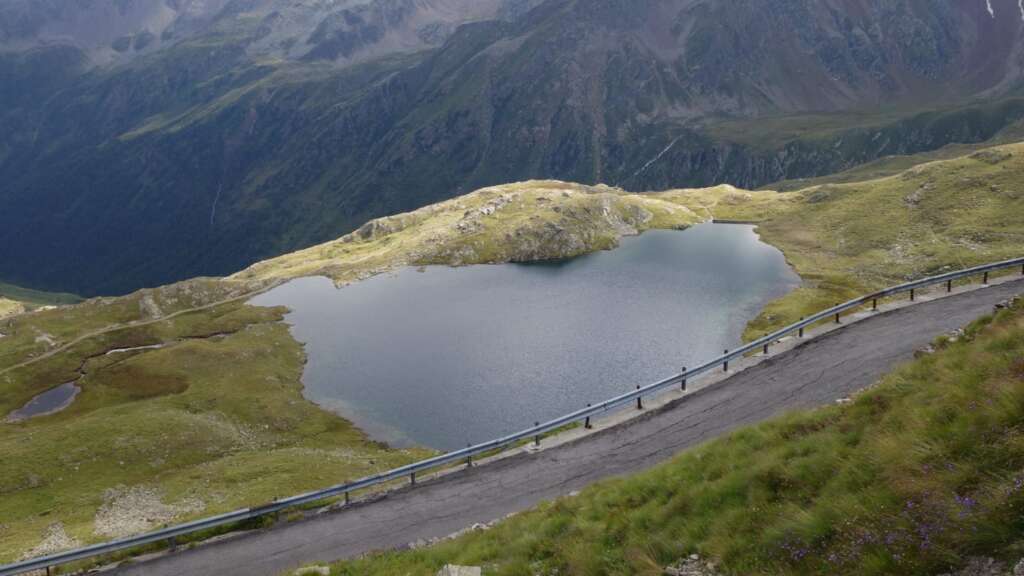 A SHORT HISTORY OF THE GAVIA ROAD

An ancient mule track, leaving the village of Santa Caterina Valfurva, went up to the Plaghera huts and then continued towards the “Ponte delle Vacche”. After crossing the Gavia stream, the old road crossed to the other side of the valley and then climbed up to Lake Bianco passing the stone bridge. Even if the original dating of this important passage is not well known, we are almost certainly talking about a path already trodden in the Middle Ages. In the following centuries, this route, together with the one coming from Pejo and now no longer suitable for vehicles, allowed merchant traffic between the Republic of Venice, France and Germany through the Bormio County and the streets of Fraele and Umbraglio.

In the last century, due to military requirements (during the First World War) it became necessary to widen the old mule track to allow the military tanks to bring the heavy artillery up. The current route, rough and wild, is an important summer link between the provinces of Sondrio and Brescia. Nowadays, this famous Alpine pass has completely lost the mercantile importance of the past, but thanks to the legendary stages of the Giro d’Italia in 1960 and 1988, it is now a very popular destination for cyclists and motorcyclists from all over the world. 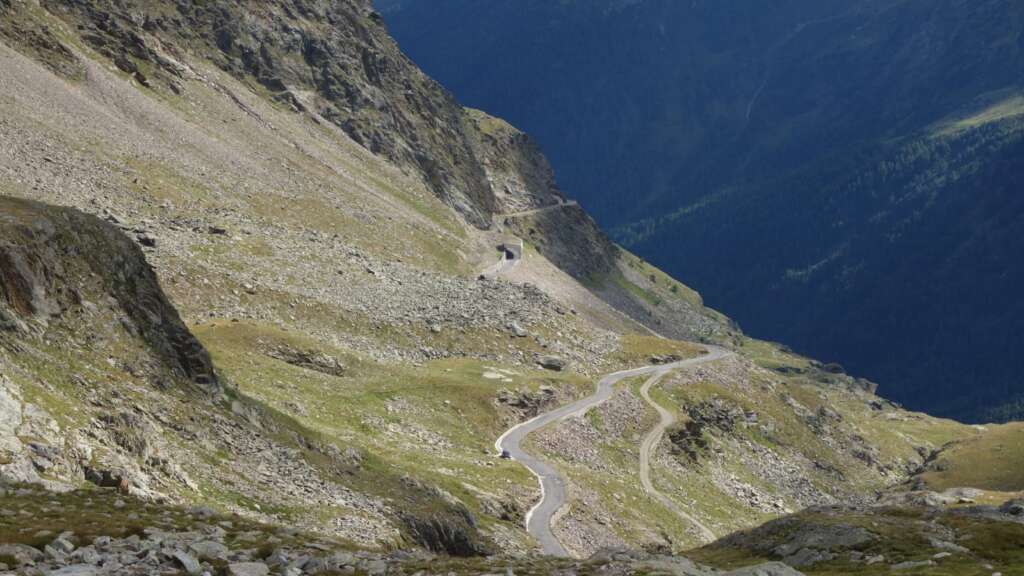 The altitude of the Gavia Pass is 2618 meters above sea level but at the pass there is a sign indicating “erroneously” the altitude of 2652 meters above sea level. If you are wondering why, the answer is all in history. The 34-meter difference in altitude is due to the displacement of the road which took place during the First World War. Before then the old route passed along the eastern shore of Lake Bianco crossing at a higher altitude than the current one. Since then, in some cases, the old height of the pass has been mistakenly reported to the point of becoming a tantalizing curiosity.

WHEN TO VISIT THE GAVIA PASS?

The Gavia Pass is open to traffic only in the summer months. The scheduled opening is generally from early June to the end of October, but this can vary by a few weeks, depending on the snow conditions. 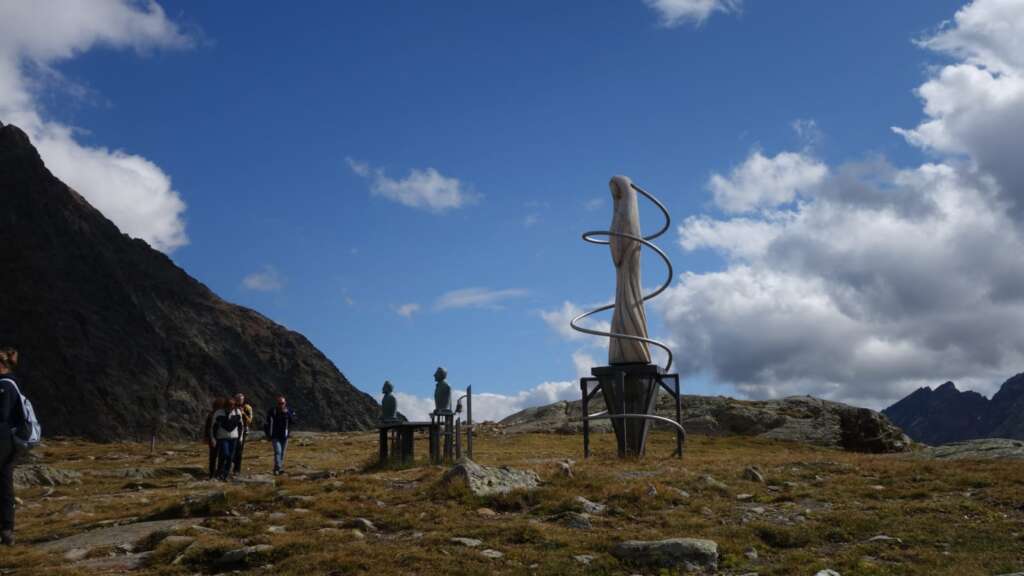 Discovered by Mr. Torriani in 1960, Gavia entered the history of cycling thanks to the passage of the 1988 Giro d’Italia with cold temperatures and snowfalls. Since that day it has been considered as a legendary cycling climb. 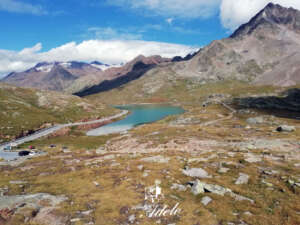 The Gavia Pass, with the Stelvio Pass, Mortirolo, Cancano and Bormio 2000  completes the summer tourist offer of the great climbs coveted by cyclists and tourists from all over the world. For some years thanks to the  Enjoy Stelvio National Park project, it is possible to benefit from some special days with the roads closed to traffic for an ascent free from the noise and frenzy of motorized vehicles. As per the slogan: “Climb closed to engines and open to emotions”.

Enjoy your climb and visit to Gavia Pass! Stefano and all the staff of Albergo Adele