Skip to content
You are here:Home|Posts|Hotel Adele: a hotel, a family|Albergo Adele 2000s, up to the present day

Albergo Adele 2000s, up to the present day

Albergo Adele and Bormio from 2000 up to the present day 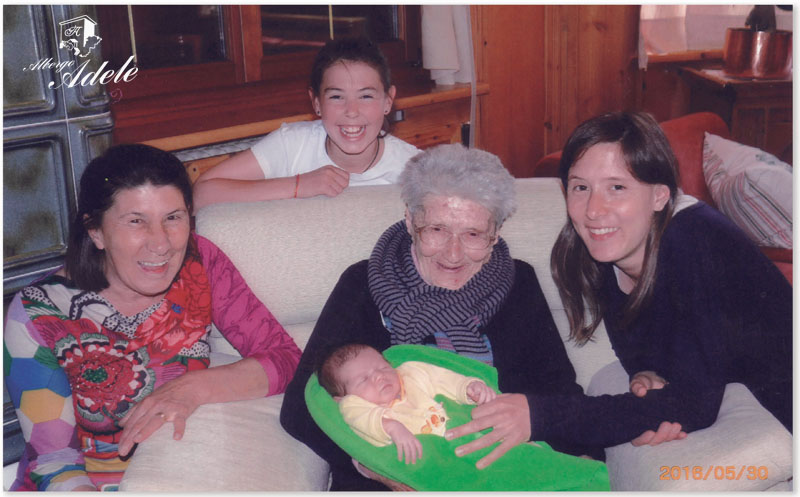 The early 2000s are the years of the revamped spa industry. The work started at Bagni Vecchi in the previous decade, continues uninterruptedly until the present day, making the complex a true world reference for the sector. The Quadrio Curzio family, in 2003, resumed the renewal of the Grand Hotel Bagni di Bormio which, after thirty years of neglect and attempted property speculation, will reopen to the public in 2004.

These are years of strong investments also for “Bormio Terme”: the complex of mainly public ownership, underwent a complete renovation and expansion between 2003 and 2006. With all these important works the village was in the front row to accommodate the booming wellness tourism and to satisfy all types of customers.

The 2000s were the years of the growth of the Internet, of the strong development of computers and electronics, of travel abroad and of the “hit and run” tourist. If the evolution in the sector has been, so far, slow but continuous, now the change becomes epochal: the customer is striving for the new, coming from every corner of the world and carrying not always feasible requests.

The length of average stays continued its decreasing curve and weekly stays were more and more replaced by long weekends. Driven by the internet and low-cost flights, tourism experienced a real revolution,  rhythms, rules and languages were distorted.

At the end of the first decade of 2000 the global economic crisis abruptly halted building growth (fortunately we say). In 2005 Bormio lived its second Alpine Skiing World Championships experience with images of the eccentric American Bode Miller who ventured on downhill skiing on the Stelvio slope with just one ski. The pictures of the champion on one of the most difficult slopes in the world left an eternal mark in the history of skiing. In the country the World Championships brought the development of the use of programmed snowmaking, the new Bormio – Bormio 2000 cable car and the updating of other important ski lifts. Also, there was the construction of imposing buildings and facilities of dubious utility, matter of conversation for a long time in the village. In the same year, Stefano, a ski instructor and former athlete of the biathlon national team, finished his sports experience as professional, took his place officially in the family business and, after a season in the kitchen, moved to the reception under the curious and attentive eyes of the grandmother and the expert guide of his mother.

From 2012 with the beginning of online commerce and global tourism the hotel welcomes guests from all Italian regions and from more than 50 countries, from Canada to New Zealand, from Argentina to Russia.

Albergo Adele and the ciclism tourism

The last decade is marked by the great growth of international summer tourism mainly linked to cycling. The Hotel sees the third generation of the family set up for management, while the fourth is on the way with Marta (2004) Sofia (2005), daughters of Francesca and Fabio; Zoe (2016) by Cinzia and Franco. At the same time now at Hotel Adele arrive the first great-grandchildren of the friends, for more than forty years, of the Mevio family.

The whole area sees the new tourist offer of “cold beds”, apartments and holiday homes rented for short periods for commercial purposes. This novelty greatly increases the receptive capacity of the area by offering new opportunities and difficulties.

It is not possible to add more on the last twenty years because it is still too recent to be told with the right detachment. The hope is that this story, together with the images and statistical data, can stimulate reflection and dialogue in the reader, just as it happened to us during its writing.