Skip to content
You are here:Home|Posts|Hotel Adele: a hotel, a family|Albergo Adele in the 70ies

Albergo Adele in the 70ies

Albergo Adele and Bormio in the magic seventies 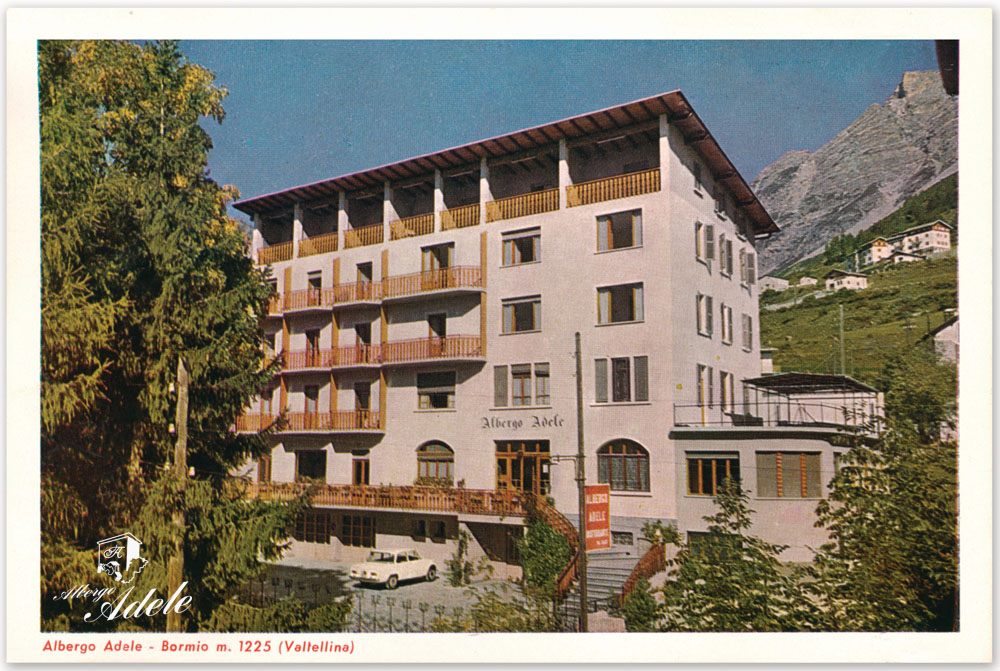 If we have to describe the Bormio of the 70s in a single word, we would use the term: condominiums. In this decade the country experienced the explosion of the buildings that will be ever expanding until 2008 – 2010 when, due to the economic crisis and the global recession, it slowed down sharply until it almost stopped. In those years Bormio saw the birth of big buildings and the proliferation of holiday homes. The development of the tourist offers continued and in particular the ones related to the ski sport which saw their completion in 1973 with the construction of the Bormio – Bormio 2000 cableway. At the end of the 1970s Bormio was able to offer modern ski lifts with a transport capacity of 9000 people per hour.

On the publication “Guida turistica della provincia di Sondrio”, published by the Banca Popolare di Sondrio, for the first time among the tourist offers of the Bormio area appears the Stelvio National Park which, after its establishment in 1935, reached an extension of 400 km2 in 1977 which made it, with a total area of 1350 km2, the largest Italian national park and, due to the continuity with the Engadine Swiss National Park, one of the largest protected areas on the European continent. 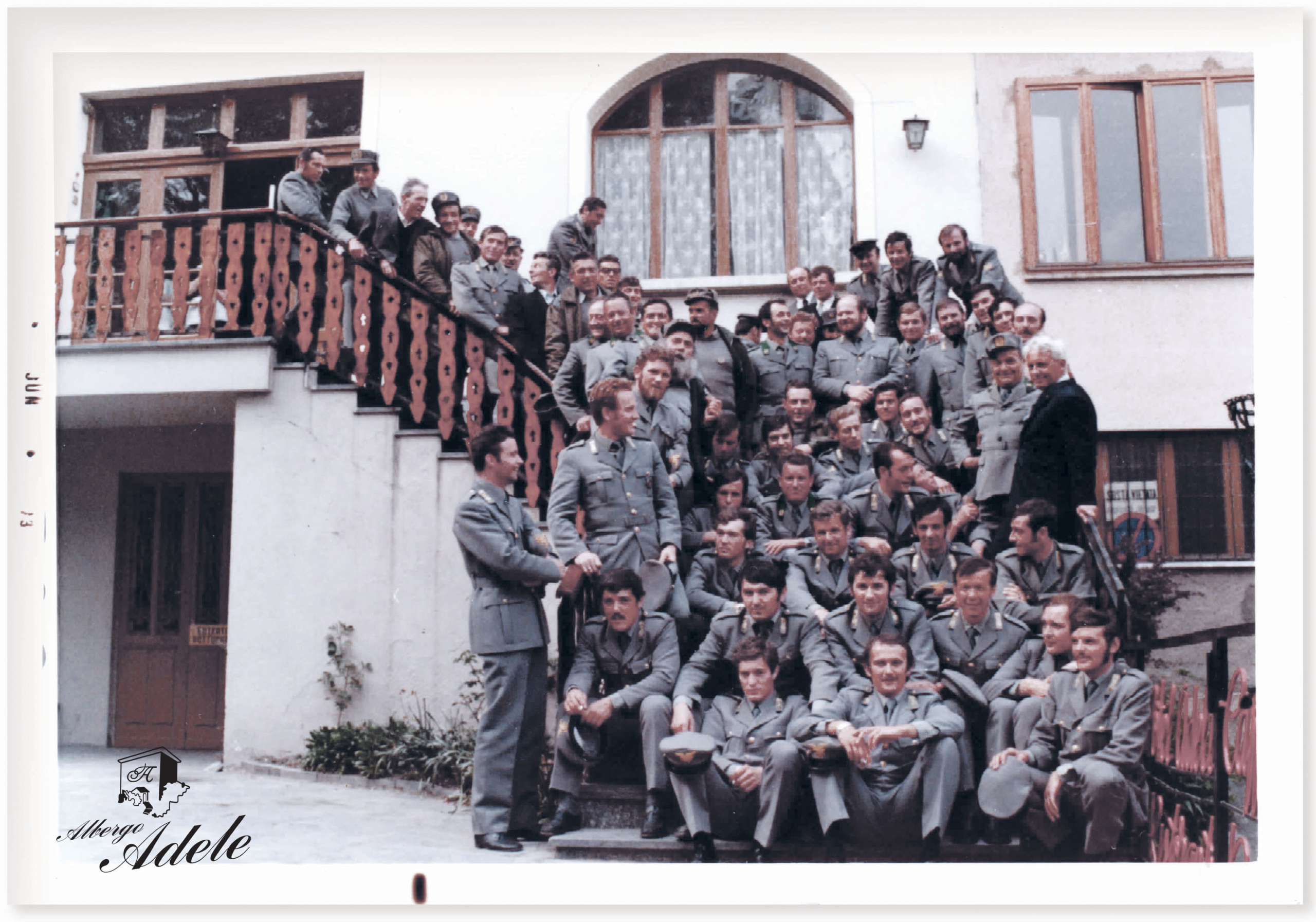 In 1971 arrived in Bormio, to work in the Stelvio National Park, a former athlete of the national cross-country skiing team, a young forest ranger, Oreste De Martin. While Bormio grew, it was provided with facilities, ski slopes, summer and winter accommodation, worthy of the best national tourist resorts. Albergo Adele, is open for 12 months a year and can now count on an increasingly loyal clientele.

Adele, strong in her character and with strong personality, knew how to establish a trusty relationship with each customer and, in a completely natural way, offered everyone her typical family hospitality. With Adele, everyone feels at home and is treated like a member of the family. In those years it is said that together with tourists and also during village festivals, weddings and other events, Adele knew how to put custom officers and smugglers at the same table, quietly pretending not to know anything of both. Holiday guests were also joined by commercial agents, workers, clerks, smugglers and police forces of every kind and rank. Those were happy years, although of hard work, and every day brought emotions and memories remained deeply impressed in the memory of the protagonists.

Among the guests of the Hotel Adele there was also the forest ranger Oreste, who conquered the heart of the young maid Silvana with whom he got married in 1972. Francesca was born the following year. 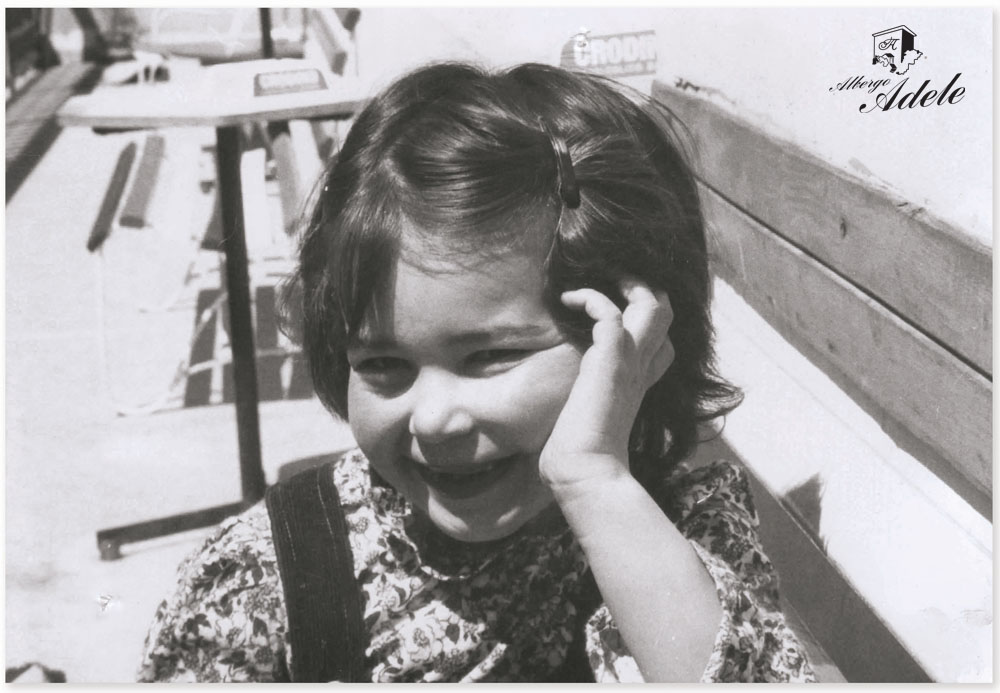 A friend remember us the 70ies atmosphere

To tell the energy and the atmosphere of those years it is necessary to rely on the words of his friend Beppe, in those years a young lieutenant of the Guardia di Finanza in Bormio.

“When they told me, in April of ’77, my destination after the Academy, I confess that I had to look at the atlas to see where was Bormio, in those days little known by us “Romans”.

I left, a little worried, with my old 500, running very slow uphill. By train on a sleeper to Milan, then Viale Zara, Lecco, the thousand curves of the lake and finally I entered Valtellina. I did not find hairpin bends and steep slopes, with the exception of a hint just passed Tirano. Then the road continued uphill in a beautiful valley, with an indication halfway:

Sunny day, splendid view of mountains and forests, with empty roads due to the end of the season and ski lifts closed. I stopped at a fork in the road and asked a gentleman where were the barracks I was looking for. He replied in a pure “bormino” that I understood with some difficulty (then I discovered that he was the good owner of the barber shop right there, a Lucan perfectly “bilingual”). 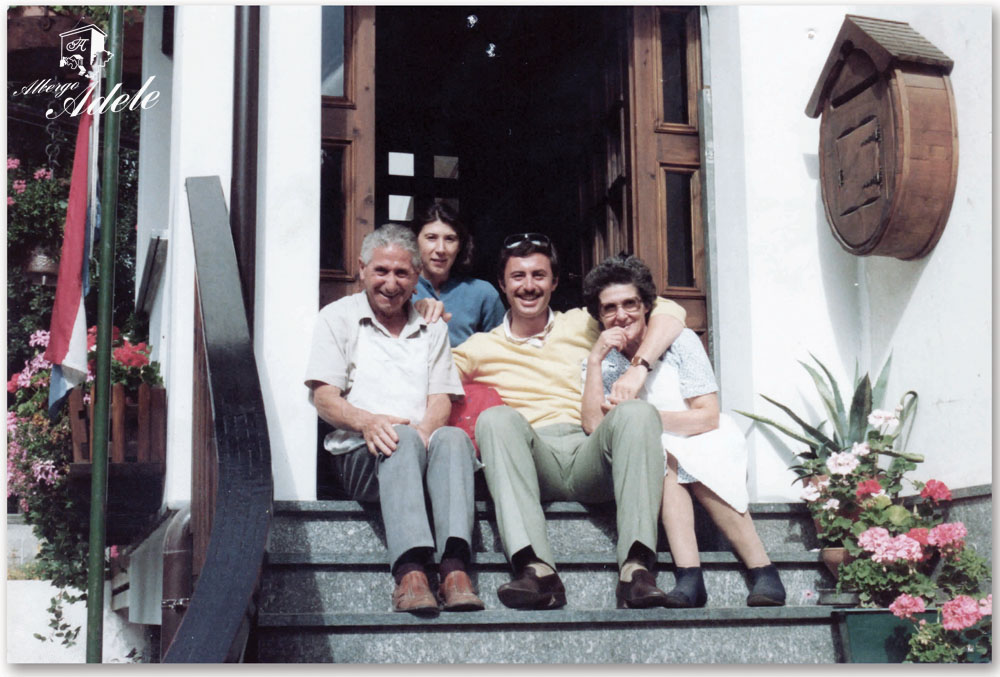 The Tenenza was then in Combo, and I was greeted by dear “maresciallo” Ambrogio, with whom I worked all day. In the evening, Ambrogio told me: “Commander, it’s time for dinner, I’ll take you to see Adele, a true Bormio’s character”. That evening, however, we found only Silvana in the hotel, because Adele and Fortunato had left to take a rest in the lowland. And already Silvana surprised me a lot for the energy, the boost and the kindness. When I told this to Ambrogio, he replied: “Wait, wait … you will see Adele”. And I saw her. Adele was pure energy. strength, affection and authority mixed together in an indissoluble way and always on the move. “What are you doing there at the bar? It’s ready! Move on!”. No customer of any age, from five to ninety years old, was save. “So little? Eat everything, we have made it! Don’t leave anything! “I seem to to see her, even today, coming out from the door of the kitchen, pushing the trolley with the steaming dishes on top and, lying on the bottom, the little Francesca, screaming in amusement. Who knows how it must be to have such a grandmother.

Then, after dinner, a chat. But very short, because the work never lacks. She whispered in your ear with her hand hiding the mouth. Concise comments in “bormino” and a great final pat on the shoulder. And if you missed something: “But you still don’t understand us?  Do I have to speak in Italian? “

Then, for Heaven’s sake don’t let her know you had problems. One summer I let out that I had the house in great disarray and I could not rearrange it due to my duty in Livigno. The next day, at 6.55 in the morning, the bell rung, Adele rushed into with two other ladies with brooms and buckets: “Get out! And come to the hotel tonight to get your keys back! “

Great Adele and very dear to me, how could you not be in my heart? “